skip to main | skip to sidebar

So I'm on the Polaris Jury this year. I thought I'd post my picks for posterity. 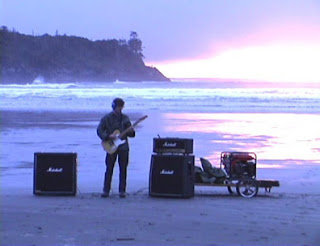 I initially viewed Long Beach Led Zep, a video piece showing at the Vancouver Art Gallery, with good humour. "Stairway to Heaven" and a sunset at Long Beach! How ironically droll!
It reminded me most of a time when I and a friend were filling in for a CiTR radio show (This Side of Monday) and we conspired to play the legendary classic rock song because we thoughtthis would be hilarious. Why would this be hilarious? Because it is a—no it is the—classic rock song and we were playing it on an indie rock radio show. This Side of Monday is dedicated to showcasing independent artists who (often) can't find financial success through traditional means. "Stairway to Heaven" was as out of place on this show as Miley Cyrus would be at Music Waste.
To accomplish this prank with maximum humour we had arranged for a fictitious classic rock radio DJ named Classic Rick to call in to the show. He was attempting to get his own show because the music he liked was lamentably underplayed on campus radio stations, particularly CiTR. So he called in stated his case and asked to dedicate the song to his old lady. We only played about half of it and we played it at 45 RPM to save time. If you bother to listen through This Side of Monday's archives you can find it, but I warn you that it's likely a better story than it was in actuality. The point of this whole stunt though was that it was delicious, delicious irony and we loved it and we all patted each other on the back a lot for pulling this off and then the host of This Side of Monday told me I was never allowed to host her show again, which was also funny. (She later relented.)
This is the spirit that I thought Long Beach Led Zep would embody when I walked into the darkened room where it was being projected onto a wall. In theory it sounded pretty funny. It featured the artist Kevin Schmidt standing on Long Beach during a beautiful sunset. He walks on screen, hooks an electric guitar into an amp and revs up a generator to get some power. Then, with his back to the surf, he rips into a solo instrumental version of the Led Zeppelin classic.
This sounded like a deliberate attempt to fuck with the art establishment by juxtaposing the high class VAG space with "low" art in the form of plebeian rock and roll and imagery that reminds one mostly of inspirational posters with words like "Hope" and "Perseverance" on them. Look at how terribly out of place this looks! Let's all laugh at it!
As I watched though it seemed less likely that this was Schmidt's goal. There was nothing to indicate a snide sense of irony. As I watched it gradually dawned on me that this was not a laughing at the irony of it all, but seemed very sincere. Maybe he was trying to point out that sunsets over picturesque beaches are beautiful and that "Stairway to Heaven," for all the cliches that surround it, is actually a stupendous song. Classic rock and inspirational landscape imagery together thumbing their nose at an art community that would never give them the time of day.
I might tend to listen to something obscure like tUnE-yArDs in my spare time, but that doesn't mean that Led Zep is any worse just because other people also appreciate it. A sunset is still beautiful even if it's the sort of beauty that everyone can appreciate—even snobs like me.
Image lifted from Kevin Schmidt's website.
Posted by Jordie at 6:18 PM 1 comment:

This is an excerpt from a press release I just received. I added the italics myself. Lolz.

Donnelly Pubs will be the coolest locales for catching all the Olympic action, thanks to their edgy atmosphere, flat-screen TVs and full-service food menus.

Image from the press release.
Posted by Jordie at 5:44 PM No comments:

A very uplifting piece of spam 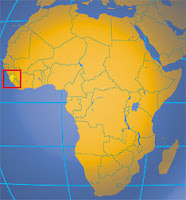 This piece of spam snuck through my filter today. I thought I would share it. It's heartwarming, but simultaneously tragic.

How are you today? I hope you are fine.If so thank be to God almigthy.My name is Rose Timbor, 26 years from Sierra leone in West Africa. I am single girl looking for honest and nice person. Somebody who care and respect God whom i can partner with .I don't care about your colour or ethnicity.

I would like to know you more,most especially what you like and what you dislike.I'm sending you this beautiful mail, with a wish for much happiness. I am looking forward to hear from you.

Thanks and God bless.
Love from,
Rose,

Posted by Jordie at 1:34 PM No comments: 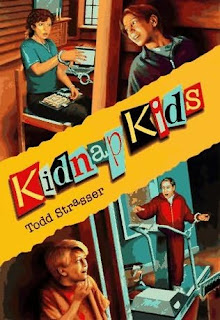 I caught Kidnap Kids tonight at Funky Winkerbeans as part of No More Strangers. There are now four kids, as opposed to two, which adds a rhythm section to the lineup. These guys play the fucking cutest music you will see ever. They are like kittens playing with puppies in musical form.

If you haven't seen them before Kidnap Kids are fronted by two young ladies who banter excitedly with each other in between songs, which has them singing and playing guitar, keys and a xylophone. The girls singing is both folky and punk, but they have a rhythm in their voices and play off each other in a rapid well-practiced style. They sing about pedophilia, ghosts and having bits of your insides on your outside, but they do it in such a cute way that you can't help but feel uplifted after seeing them.

I missed Bible Belts, which was just Chris-a-riffic. He is usually pretty awesome to see.

The image is the first thing that turned up in a Google image search and may not have anything to do with the band. It's the cover of a book by Todd Strasser.
Posted by Jordie at 1:15 AM No comments: 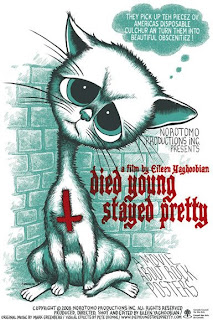 I made an appearance on Tracy Fuller's Arts Report show on CiTR 101.9FM where I discussed the movie Died Young, Stayed Pretty, which is a documentary about concert posters. The episode was podcast and you can find it here. I speak with Tracy in the last 10 minutes, however there is a whole episode of goodness so you can listen to the whole thing if you want.

Also of interest to you, dear reader, last weekend was Discorder Magazine's production weekend. If you want to grab a copy of it, it should be around Vancouver at fine purveyors of music, beverages and education. I am the editor and I assure you, it is full of goodness. Also this month especially it is full of history.
Posted by Jordie at 7:06 PM No comments:

I went to Dancing In Our Debt at the Vancity near city hall last night. I won't get into too much detail as I suspect I will be reviewing it for Discorder next month. However to organize my thoughts for the review I will give you a brief note form rundown:
-better than the first one
-Rose Melberg and Kellarissa's duets were awesome, they did a cover from Nashville.
-speaking of cover's how about Bible Belts cover of "Superman" by the Crash Test Dummies. Also good.
-didn't hear Aaron Read at all because I didn't know he was playing. That bank is surprisingly soundproof.
-"There's no reason we can't do this stuff in Vancouver." —Harlan Shore from Search Parties

Kudos to VIVO and Signal & Noise for supporting the event.
Posted by Jordie at 6:58 PM No comments:

I started this blog to keep my writing muscles in shape when I'm not writing for someone else, mostly Discorder.
—Jordie Yow